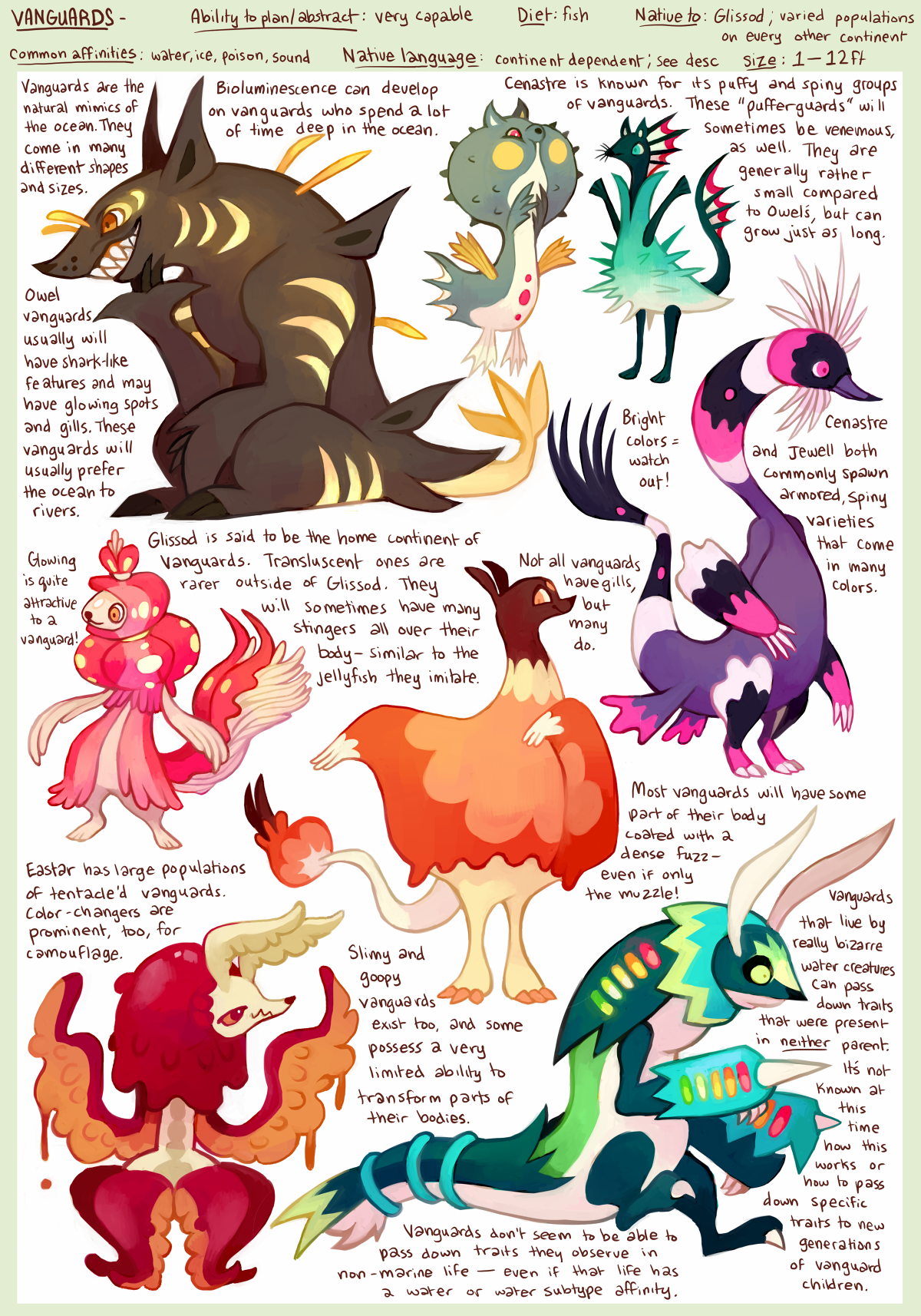 Common elements: Water, Ice, Poison, Sound Notes: Except in rare cases, vanguards always have a Water affinity. This is in addition to a secondary Water-subtype affinity listed above. Vanguards without a Water affinity do exist, but are usually a cross with some other species.

Uncommon elements: Acid, Cloud Notes: Vanguards seem to be for the most part biologically incompatible with the Fire and Air elements. When this is not the case, the most common secondary affinities (aside from Water-based ones) are Acid and Cloud.

Rare elements: Non-Water Notes: It is highly unusual to find a vanguard with no type of Water affinity. All known vanguards lacking a Water affinity are most likely a hybrid species.

Hereditary influence: High Notes: Vanguards almost always pass down affinities to their offspring. If at least one parent has a Water affinity, that affinity will take priority over any other.

Environmental influence: High Notes: Vanguards easily change their secondary affinities by living in an environment different from their original one.

Elemental weaknesses, common: Plasma, Acid, Sand, Magnet Notes: The above listed elements tend to wreak havoc on the normally robust senses of smell, hearing and vision of vanguards. The current popular theory is that these elements readily destroy, taint or obscure water itself, and vanguards, being a heavily water-based species, suffer some of the same effects.

Elemental resistances, common: Water, Ice, Poison, Storm Notes: Vanguards have a remarkable familiarity with Water and Ice, and, as a great deal of them are venomous, Poison as well. They are able to avoid or negate most harmful effects of uncomplicated Storm-based magic.

Climate preferences: Vanguards live easily in both saltwater and freshwater, as long as water pollution is kept to a minimum.