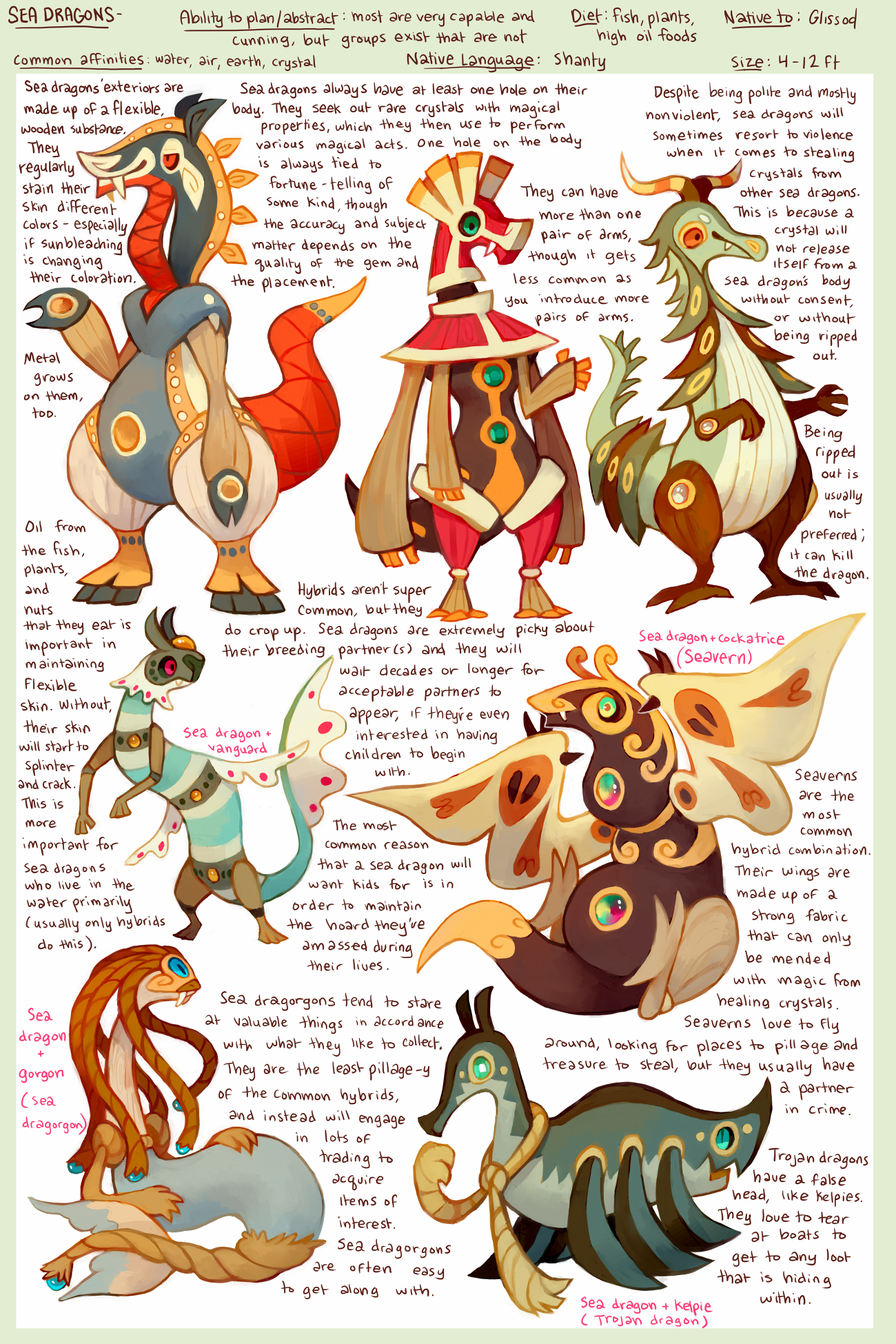 Notes: The next most common affinities found in Sea Dragons are usually mixes of Water, Air, or Earth. Sea Dragon affinities tend not to deviate from these elements.

Elements, rare: Any not previously listed

Notes: As Sea Dragons live for a very long time and are extremely resistant to environmental influences, a Sea Dragon with an affinity not previously mentioned is a rare occurrence.

Notes: Since Sea Dragons change so slowly, it is difficult to judge whether or not genetics play a large part in their affinity.

Notes: Although it took decades of Sea Dragons volunteering their time and information, it is known that they can change affinities from one primary element to another. Sea Dragons keep their Crystal affinity throughout these changes.

Notes: Sea Dragons are a hardy species, and with the exception of the above listed elements, they are able to mitigate the harmful effects of other elements. Plasma, Acid, and Poison have the ability to erode the physical and mental resilience and vitality of Sea Dragons.

Notes: Sea Dragons' bodies are comprised of a type of wood and organic metal, and they have many qualities that are inherent to those materials. It is very difficult to physically damage a Sea Dragon.

Notes: Sea Dragons are a very nautical race, and are happy in any climate as long as they have a large body of water nearby.