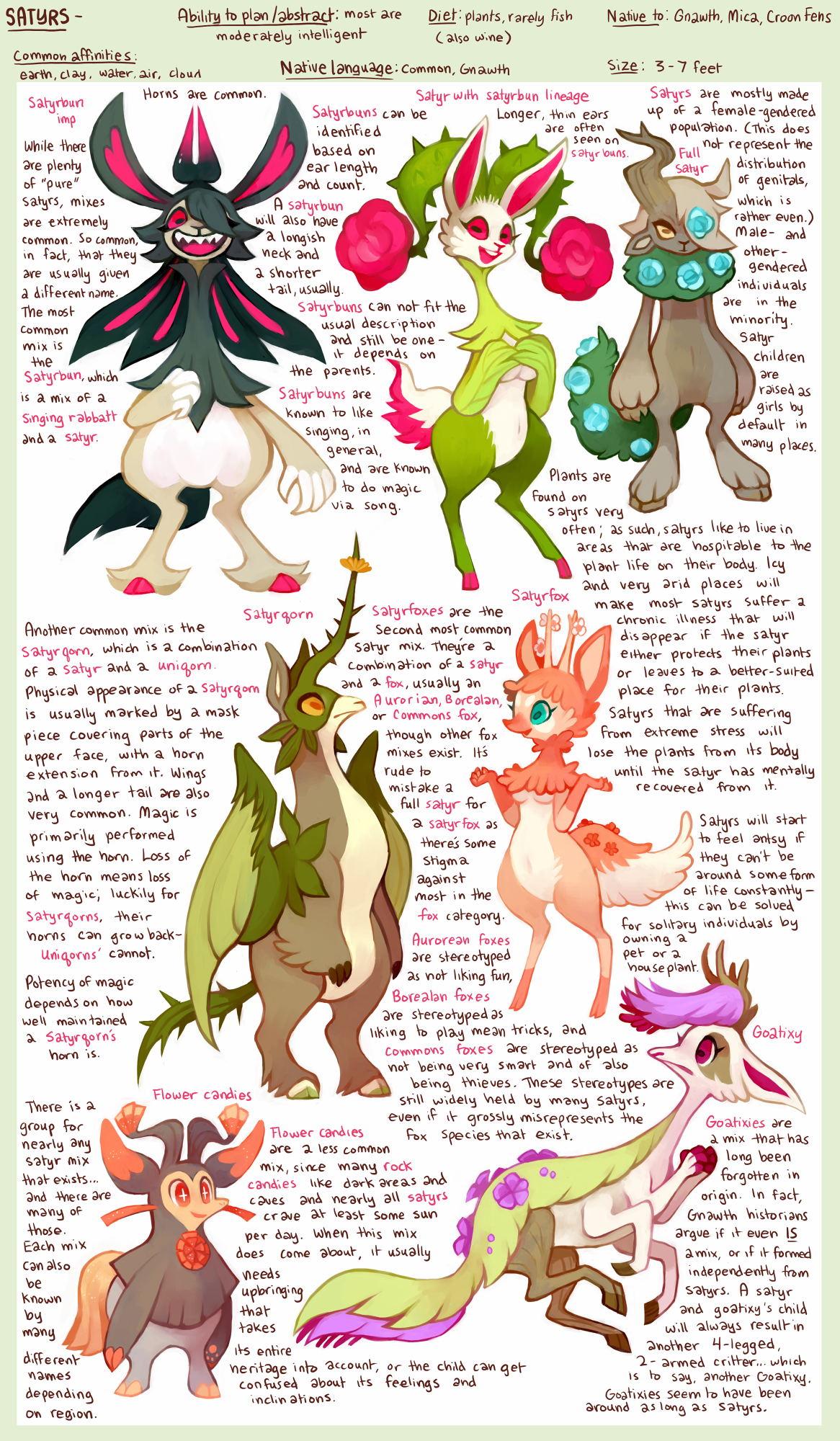 Notes: The majority of known Satyrs possess these elements as affinities.

Notes: Satyrs with non-Earth affinities do exist, but are considered unusual. Fire and Fire subtype affinities are almost never seen in Satyrs. It is unknown if this is from biological or personality conditions.

Hereditary influence: Earth elements are easily passed down from parent to offspring as affinities. If a satyr is born from two non-Earth affinity parents, it will inherit at random one to two parental affinities. If only one parent has an Earth-element affinity, the offspring will usually always inherit it.

Environmental influence: Satyrs readily change affinities to match their environment, provided the environment is rich in an Earth element. If not, Satyrs tend to remain unchanged.

Notes: Satyrs dislike elements normally seen as destructive to wildlife, and more often than not are themselves susceptible to the harmful effects of these elements.

Notes: These elements are favored among Satyrs for their ready ability to nurture plants and animals. Satyrs are familiar

with these elements even if not possessing an affinity for them.

Habitation preference: Satyrs are a highly empathetic, social species. It is almost unheard of to find a Satyr living in isolation. They get along with all other major species on Owel, and readily integrate themselves into non-Satyr communities.

Climate preference: Satyrs enjoy temperate environments with moderate to frequent rainfall, with Gnawth being the best example of a climate they prefer. They dislike harsh environments. A general rule of thumb to go by is: if you can't grow a forest there, Satyrs won't want to live there.