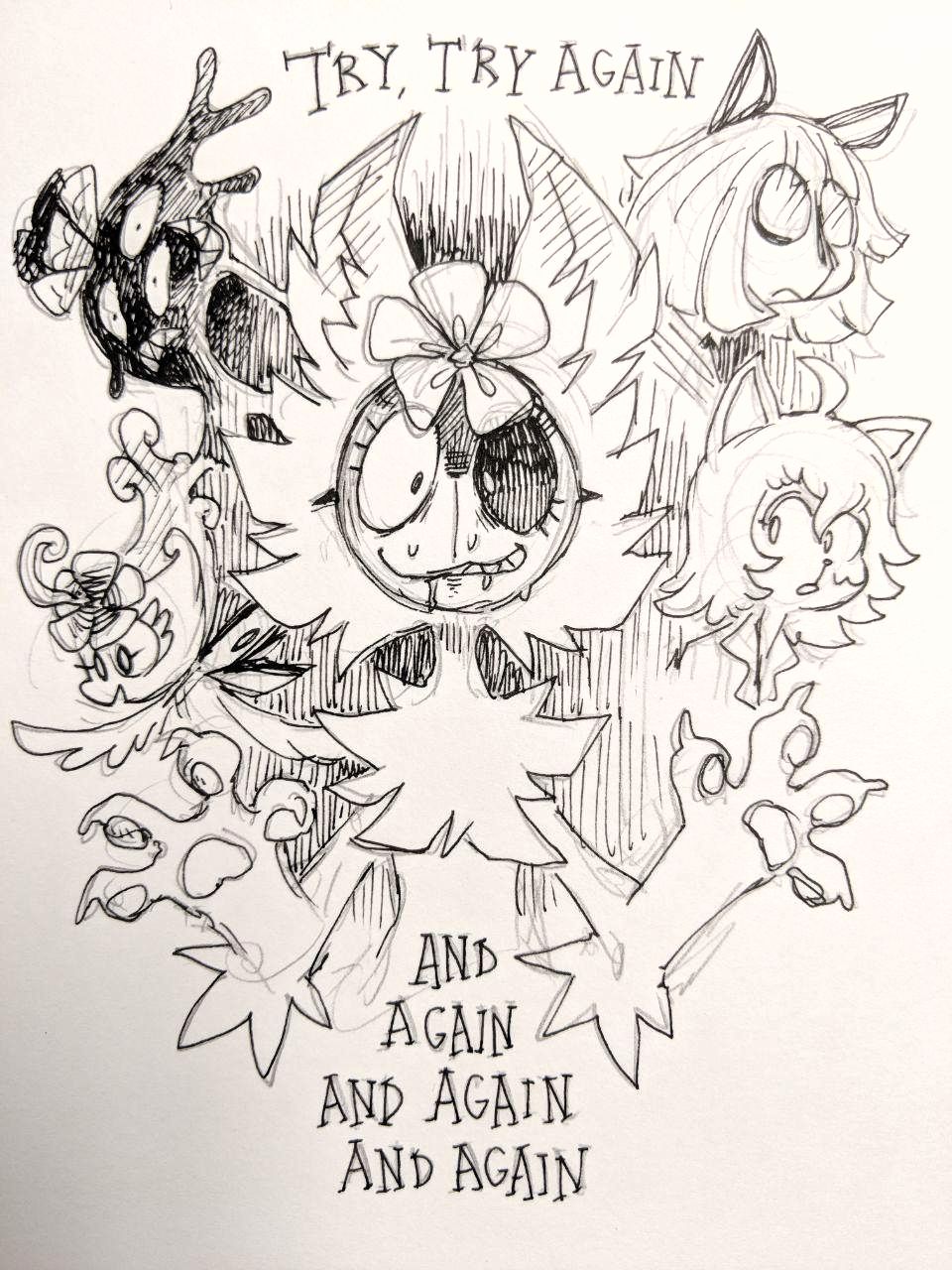 Whew! It's been a while. I'm returning to posting regularly... soon. I've got things in the works, again, but didn't really want to make a public post until I'd actually started on them in a serious way. Now that I have, I figured it was time to post. I kept people apprised of the situation on my Patreon, and that's probably going to become the place I dump my sketches.

If you were wondering about the vinyl figure campaign, wonder no longer: I visited ESC-Toy's office to sign stuff for the campaign, and they're sending everything off within the next week. Hooray! I cannot wait for everyone to get their stuff. They're so rad in person. (Also if you happened to be one of the ones who got a print with your stuff, I hope you enjoy the first digital art I've done since April. I've been traditional-only for months now. I just needed a computer break really bad, but I ended up really enjoying the art I made for the campaign.)

Anyway, the story will be continuing. I've got some short stories that need posting (one is already posted on the Patreon, but it lacks accompanying illustrations at the moment. That's one of my to-do's.) and I've got some other comic-related stuff I'll be doing too. The schedule is being dissolved in favor of "updating when I can". I went way too long working at a ridiculous rate for the sake of my love of the comic, but I realized I needed a schedule that isn't... like it was. At least, for now. It's just not a sustainable schedule in moments of extreme stress.

Having a more freeform schedule will also allow me to work on side projects like games and stuff, and I won't worry as much about video updates eating up a month of my work time... because I won't be worrying about updating 100 things in the middle of it.

Anyway, still don't have a definitive "return to story" date, but it's probably going to be something a little more involved than a comic page or two. Also, a lot more raw. It's a million times easier to pour your real feelings into your work when you're not tethered down by random people assaulting you with bullshit 24/7. If you haven't tried just leaving behind the ruinous, toxic wasteland that is Twitter and Tumblr, I highly recommend giving it a shot for mental health's sake. It's great.

If you're looking for THE way to just be a supportive figure in me keeping on making weird fucking stories while also occasionally peeking at my side doodles, then look no further than the Patreon. If you're not, I hope you enjoy what I make and post anyway. And if you don't enjoy it, then sorry. There's lots of other stuff online to read, and I hope you find something else you like.