◀ previous
next by date ▶ jump to Tangle, Tussle, Tiger: Fight ▶ 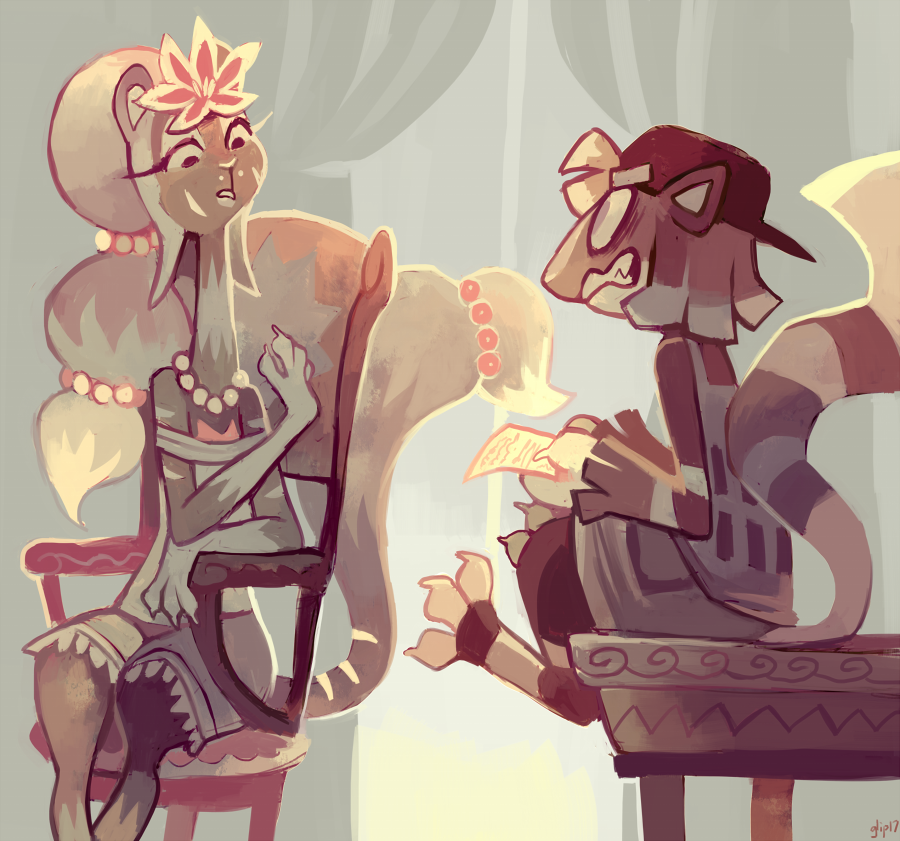 ◀ previous
next by date ▶ jump to Tangle, Tussle, Tiger: Fight ▶

Charthur wasn’t used to this kind of poem. The work had progressed slowly.

Charthur was used to poetry being "soft.” Each phrase occurred to her fully-formed, leaving only the delicate task of arranging them. The interesting part was intertwining these phrases; letting their effect build off each other without losing the original power each one held. Creating the poem felt like watching a flower bloom, a natural organization presenting itself to her, with her only task to nurture and protect the poem’s meaning as she captured it on paper.

This, in contrast, had been hard. Hard in every sense of the word. The phrases did not simply come; she had found herself forced to chisel away at every facet of the imagery, fighting to extract the feeling behind it. Each phrase fought with its neighbors, requiring her to manage a fragile balance between them. A single change might affect the rest of the poem, making her rewrite portions she thought she had established a harmony for. She couldn’t intuit that natural beauty she was used to, instead having to work and rework and sometimes outright discard chunks of it simply to make the damn thing work at all.

The work had progressed slowly; but moment-to-moment, it progressed.

The result was different, but uniquely her. Perhaps it lacked some of the effortless grace of her previous work; yet what matters was that she saw herself in it clearly. Hour after hour of polish had, satisfyingly enough, produced a mirror.

All that was left was the presentation.

She delivered the final line.

She was seated on the edge of Jasmaby’s foyer table, right next to a scorch mark shaped like a crater. (Jasmaby could have easily afforded to replace the table, but said that the defacement gave the table “character.”) Jasmaby sat in his chair a few feet away, regarding her with an engaged but otherwise neutral expression.

Charthur was starting to sweat, just a little. She had read his face as “enraptured” while she was working through the poem. But now the last line had had time to reverberate off the walls and fade away, yet still he sat there, unmoving, not reacting. She had wanted to give him time to absorb the poem, certainly, to take his time responding, yet…

“So? How’d it go?” she let out. She couldn’t help herself. She didn’t know if she could stand a single extra second.

Jasmaby didn’t respond right away. He took a few seconds.

And then: “The ending was a little flat.”

Charthur could feel her ears perk up and the corner of her mouth twitch, betraying her. “The… ending was a little flat? / Whatever do you mean by that?” It hadn’t been the reaction she was expecting, to say the least.

“Well, I just thought…” Jasmaby raised a paw and made a vague circling gesture with it. “That it felt a little flat.” He gave the slightest, most irritating shrug. “That’s all.”

A manic, unhappy grin was starting to appear on Chathur’s face. She held one paw up, palm facing the ceiling, and repeatedly curled each digit at the knuckle. Elaborate, please. It was a sign they had invented extremely early on in their relationship, out of necessity.

“I don’t know what to tell you,” he responded, rolling his eyes. “It just seemed like you were building up all these themes and ideas…” he stopped to regard the nails of one paw, something catching his eye. “...but then you didn’t manage to address them into the finale. I really don’t know anything about poetry. But it felt like you weren’t just failing to provide an answer. It was as if…” he looked up, his gaze intense, “...you were afraid to ask the question.”

Charthur started to say something, but looked down at the poem for a moment. Shit. He was right. She briefly flirted with the absurd, outright ridiculous idea of just saying so. Instead, she slapped the poem with the back of her paw. “I slaved on this! I slaved all day, / and that is all you have to say?” She scrunched up her face and adopted her favorite mock-Jasmaby tone: “The ending was a liiiittle flat!” She glared once more. “Is that all you have to say to that?”

Before she could blink, Jasmaby was out of his chair, his paw pressed into the dead center of her chest. Caught off-guard, a simple shove was all it took to knock her flat against the table. She exhaled as her back impacted the sturdy wood, and couldn’t manage a full inhale with Jasmaby’s paw still pressing into her, pinning her in place. Jasmaby loomed over her -- but his face was neither placid, nor upset. Charthur recognized his expression: hungry.

Charthur managed a nervous smile. She wasn’t used to this kind of feedback.

The relationship was progressing slowly; but moment-to-moment, it progressed.

Final piece, for real, of Opa-opa's story! (Thanks to umaamu for proofreading!)