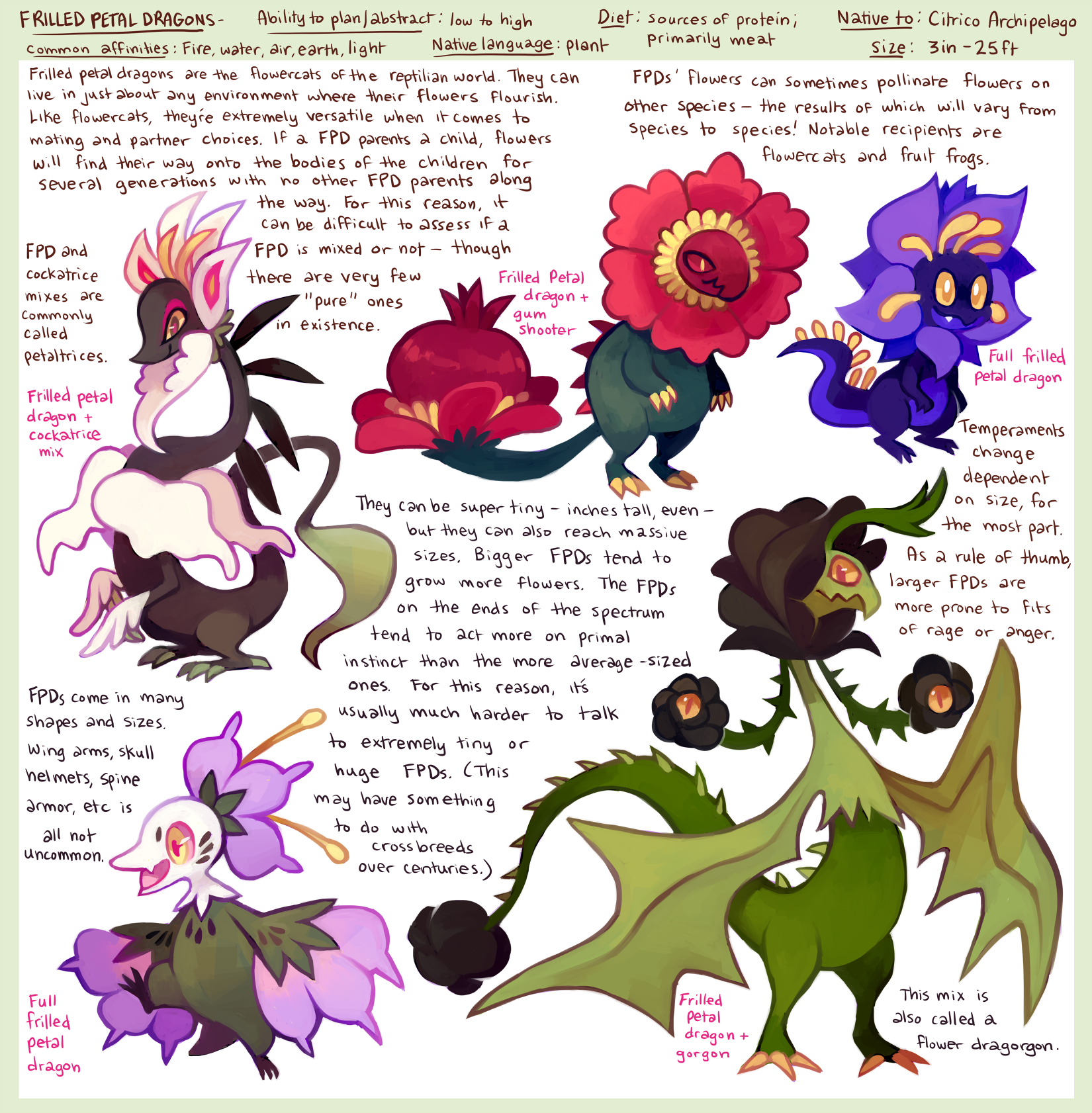 Notes: Frilled Petal Dragons come in many different colors, shapes and varieties. FPDs can come in every type of affinity, but the above-listed elements are the most common affinities for FPDs.

Notes: Frilled Petal Dragons are usually resistant to their own affinities, even if they are Acid or Ice.

Notes: Nearly every feature of a Frilled Petal Dragon is due to its genetic inheritance. Genes and affinities can skip several generations. Affinities inherited are almost always compatible with the current environment.

Locations, common: All over Owel, not in large or industrial cities

Notes: Each type and variety of Frilled Petal Dragon has its own set of wants and needs dependent on its affinity, flower or fruit. A Pomegragon may prefer an arid, hot climate whereas a Blueberrygon may prefer a damp, cool climate.

Frilled Petal Dragons are very territorial, and individuals stumbling into their territory will be severely harassed and annoyed.

Frilled Petal Dragons cannot survive on an all-vegetarian diet. They require meat in addition to fruits and vegetables in order to remain healthy.

Species' original concept of "frilled lizard with a flower as its frill" goes to patron Nymlus! (Whose own frilled petal dragon is the cute blue one on the sheet!) Thank you!