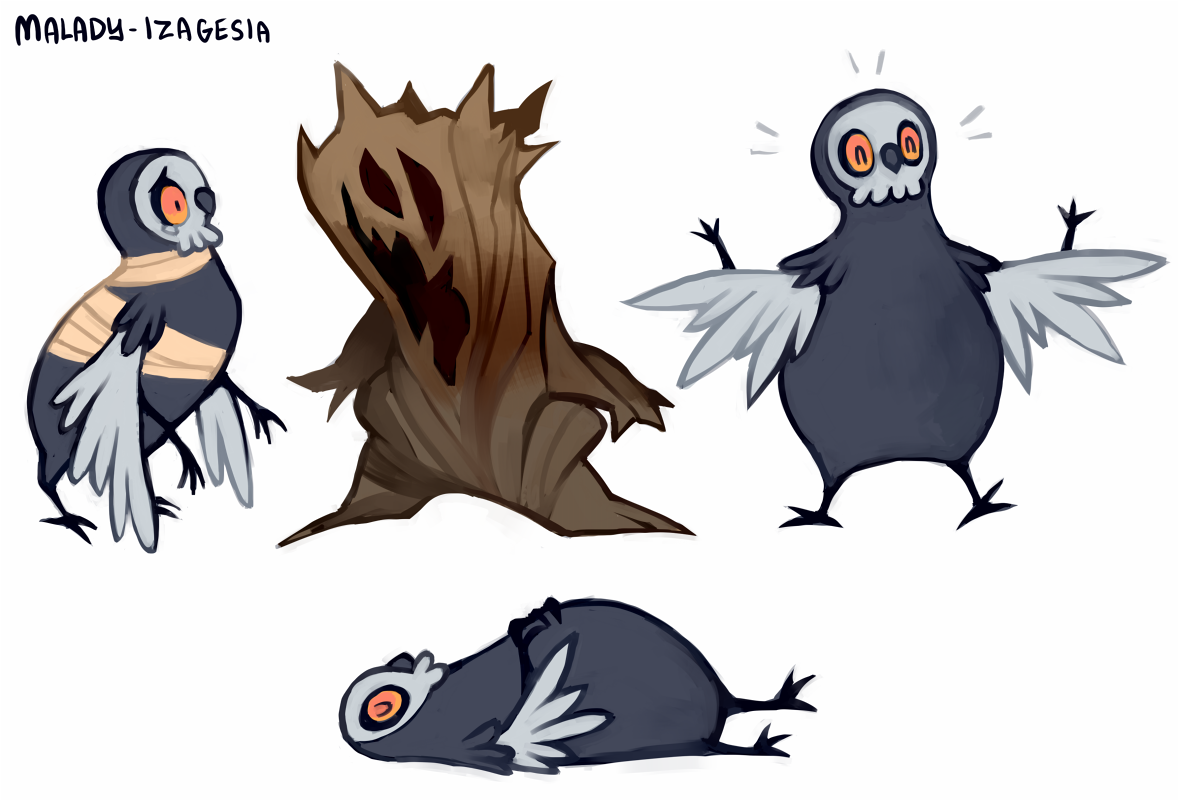 Early Symptoms of Izagesia include

Late Symptoms (30 days) of Izagesia include

Immediate cessation of all brain activity during sleep Rapid decomposition

Izagesia is only found in terminally ill individuals, or individuals so severely injured as to have little more than a month or two to live. Typical signs to look for are a complete lack of pain when no medicine has been administered, and a very calm and unconcerned attitude toward their terminal illness or injury.

Although it may be considered cruel, applying further injury to an already terminally ill or injured individual and having no resulting pain response from that individual is an indiciation that Izagesia has been cast on them.

Transmission Izagesia is a spell known only to the native species of Void Forest - the Undertakers. They refuse to share any knowledge of how this spell is made or how it is performed. Undertakers travel all over Owel in search of individuals who have little more than a year to live, either due to illness or injury.

The Undertaker will leave the individual alone, and they can live the rest of their life normally and continue to suffer from whatever incurable malady or injury they may be afflicted with until they die. The Undertaker will escort the individual to Void Forest and cast Izagesia upon them, which will cause them to live a completely pain-free, relaxed, happy life for a month. After the month is over, they will die peacefully in their sleep.

Izagesia is not contagious, and has only been found in individuals living in Void Forest.

Individuals possessing less than a year to live are at risk of being approached by an Undertaker.

Individuals with severe, incurable chronic pain, regardless of time left to live are at risk of being visited by an Undertaker.

Healthy individuals are not at risk of being approached by an Undertaker.

Healthy Individuals traveling to Void Forest are not at risk of contracting Izagesia. They are simply escorted out (sometimes forcefully) by the Undertakers.

Healthy individuals may travel to Void Forest in order to visit a terminally ill friend, family member or partner, but are not at risk of contracting Izagesia.

Izagesia is considered a final treatment by Undertakers, but since it is a magical spell which inevitably results in the death of the individual it has been cast on, most magical researchers consider it a malady.

There is no known treatment for Izagesia. Once it has been successfully cast, it has shown to be impossible to remove.

Izagesia has a 100% fatality rate, with death occurring after 30 days. When an individual dies from Izagesia, their corpse rapidly decomposes into a fertilizer for the Undertakers. It is thought that Undertakers absorb not only nutrients through this fertilizer, but also the innate magic the individual possessed when they were alive.