◀ previous by date ◀ jump to Seeds: WAR? is Topside
next by date ▶ next in Too Itchy ▶ 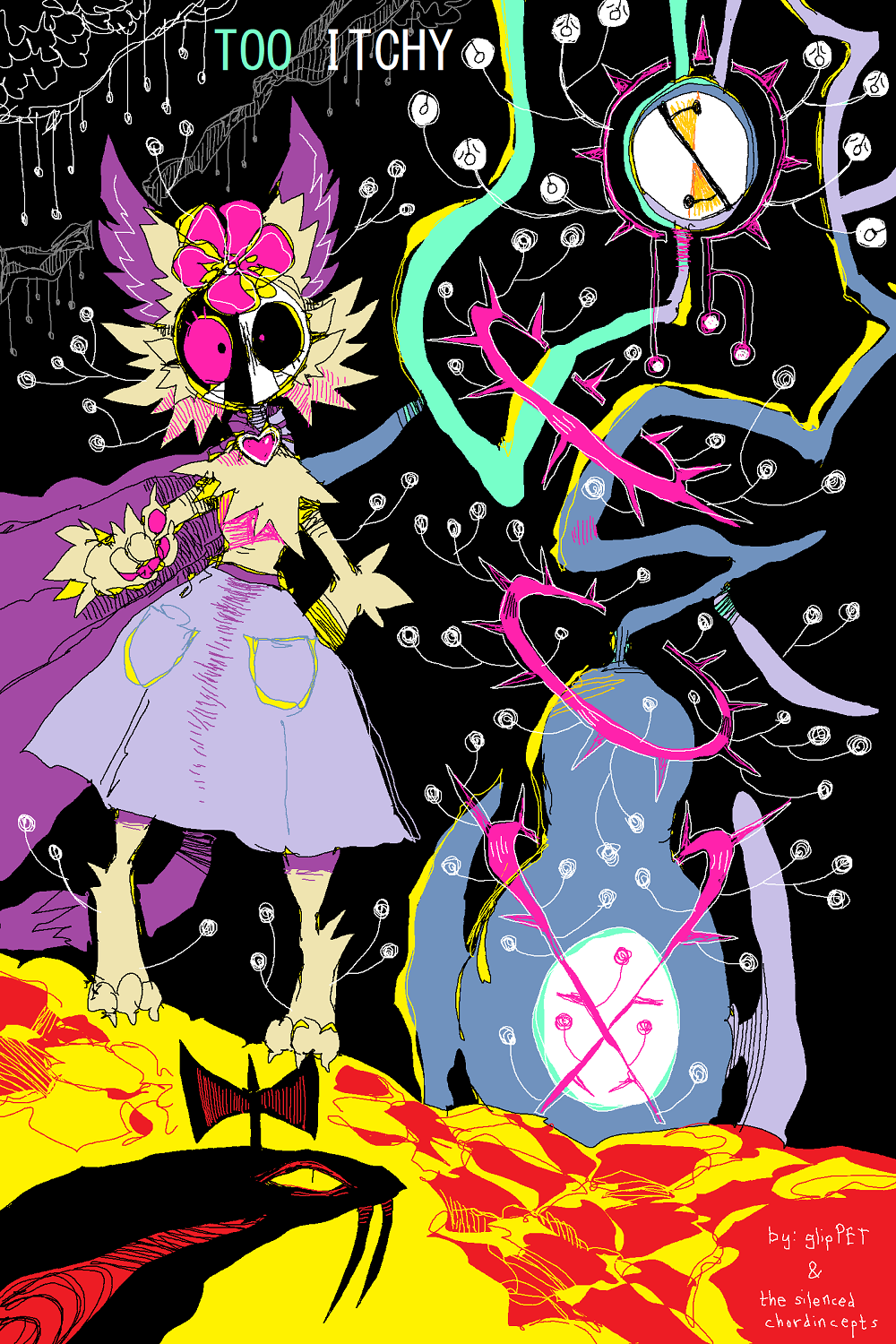 ◀ previous by date ◀ jump to Seeds: WAR? is Topside
next by date ▶ next in Too Itchy ▶

Welcome to the new chapter! New continent, new AUs of characters, new lots of things. There's still Owel stuff to cover, and Blackjack Isles stuff, too. Just because the focus is shifting to Eastar doesn't mean those places won't still be relevant.

Anyway, this is an important time for me to make an announcement. This is the start of the chapter where I want to try to cover a bunch of damage that has been caused behind my back and perpetuated by me, unknowingly.

I've been working up the nerve to talk about the abuse I suffered during my marriage, and about how that led to me being incredibly isolated and disconnected from harm that my ex-husband Marl caused while specifically lying to me and controlling what I looked at using fear and threats of emotional neglect and abuse.

It's a complicated story and there are a lot of people who will not be very happy if I talk about their involvement in why I made a lot of choices I did, so it's been scary for me to even figure out where to start. But I'm tired of not talking about what I've been through, and I'm tired of hurting people because of us not having the same context and being on the same page, together, about abuse and harm.

Sorry, I know this is a little heavy, but it's important to talk about. These stories have never not been about abuse and hurt and harm. I would like to be able to explain the full context of stuff I've been through so that maybe people can understand some of what's happened in the past few years. It's taken me almost a year and a half to untangle Marl's abuse well enough to be able to even reach this point, and it was a long road of talking to many people to try to understand it. I've spoken to multiple of his victims at this point, and I've been comparing notes on what he did to each of us, and trying to break down how the manipulation worked.

So, this chapter (and Eastar, in general) I would like to be a place for complicated stories of multiple perspectives interlocking in ways that highlight how, without the right context, someone who has been hurt in the same ways as you have... can look like a villain or monster. (This is referring to how I was not able to recognize how others were hurt by Marl because he had so thoroughly abused me that it distorted most of my pain reactions to him ignoring me. It's complicated and sucks, and I'll go in depth into it in statements I plan on releasing about the ways I was treated, and how that led to my inability to listen to anyone who approached me aggressively about the topic of Marl. This will be a second statement accompanying an apology.)

Thanks, and I hope you enjoy this chapter.