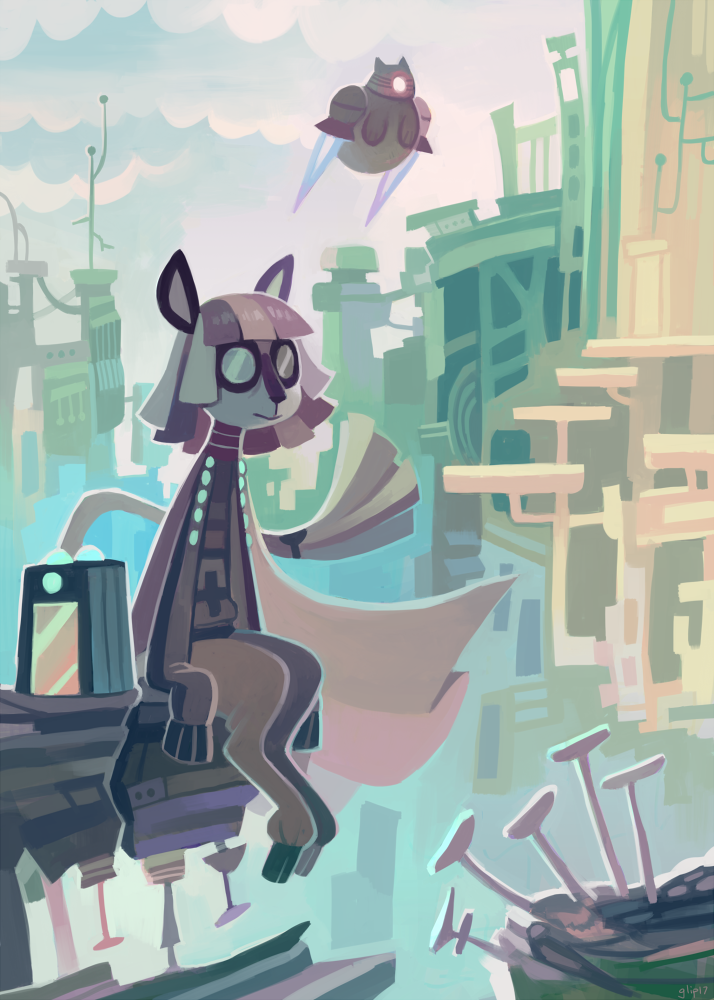 WHEW! What a week!

I spent a lot of time after NEON PHASE was posted thinking about what I wanted to do next. It's definitely games. If you've been keeping up with my posts on Tumblr and Twitter, you'll know that I asked for cameos for "NEON PHASE 2" last week, but it's actually just an expansion of the same game.

Basically, I'm in the mood to develop games for a while. Chaos Composer and NEON PHASE (dropping the 2, as that game was more of a demo for a full experience I wanted) are what I'm going to be working on full time until they're out.

What does this mean for updates? It means: lots more little Twine stories, and also more little sketchy comic updates. Probably an occasional illustration like this one (I'm trying to put together a little print set, including this picture and the luneko one and maybe a couple more).

Sorry for putting the "main story" on hold, but I realized I've gotta go after the ideas that catch my attention and hold it the most! I took a break from the traditional story format after the original Seeds Ch5 and went into Itchy Itchy / Broken Toy / TTA, and now here we are again, Seeds: WIH Ch5 is done and I'm doing the same damn thing: doing something different for a while. Well, hopefully it'll be interesting when I'm done. Don't know when that'll be, but I've been working hard on it.

It was so exciting to see how much we could get done in 9 days of solid work on a game, I want to see how much more can be done with some months of work... So, you'll eventually see some more progress from me in regards to the games, but I've got to move my focus around a little.

Still going to be 3 updates a week! But they're not going to be my normal detailed comic pages for a while. Lots of short stories and whatnot. Also references. (I'm sitting on some species sheet stuff that I've been wanting to post forever, but haven't had time to finish up yet.)

Also we've been wanting to ship the dolls out for going on 3 weeks now, but there have been delays with China accidentally not sending us one of the boxes -- a box full of PVC tags, which are something EVERYONE gets! What a pain. So doll news has been on hold until those get in.

Phew! Status update over! Thanks for keeping up with Flora still, everyone! I promise the main story is far, far from abandoned.