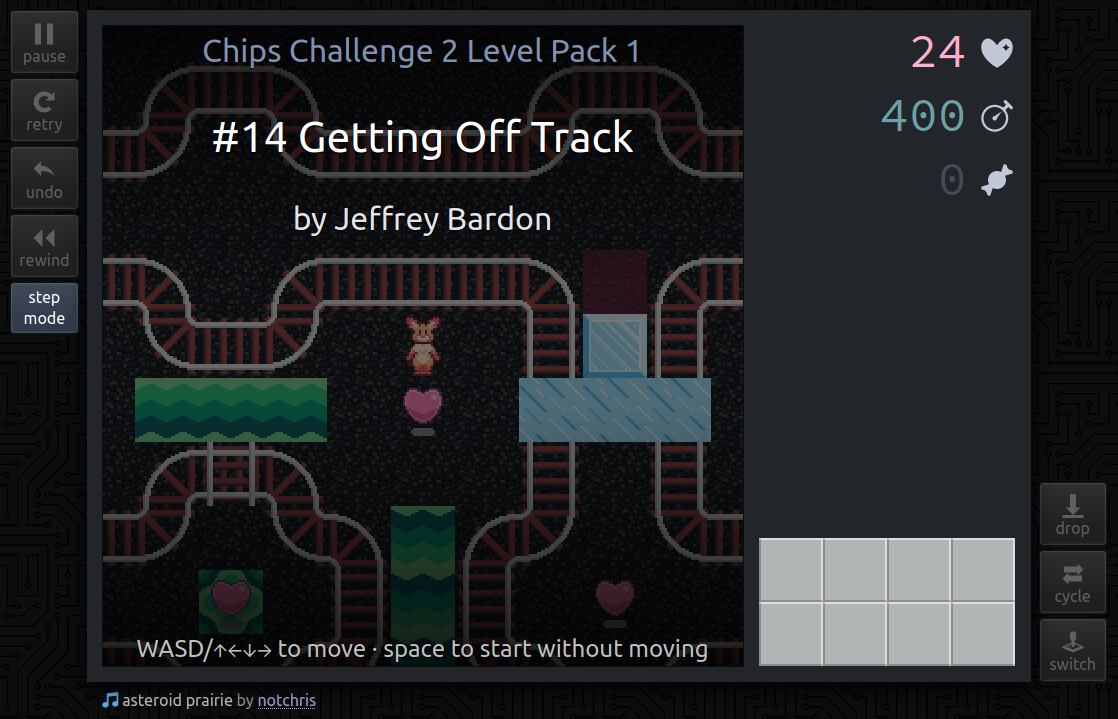 Hello! It's Eevee. Things have been a little rough for me in recent months, so I hid in a cave and made a Chip's Challenge emulator. If you're not familiar, that's an old-school puzzle game about collecting macguffins and pushing blocks around and getting to the exit.

I made new artwork completely from scratch to avoid legal issues, so now you play as Lexy (and sometimes Cerise), which means it's technically set in Flora! And technically true is the best kind of true.

It is basically great in every way:

Hope you enjoy, if puzzle games are your thing! And maybe even if they're not. I recommend starting with the simpler CCLP1, or with Lexy's Lessons if you want to dive right into the entire pile of stuff that was added in Chip's Challenge 2.